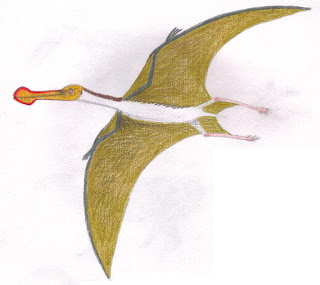 Ornithocheirus simus, often referred to the genus Criorhynchus Owen, 1874, is a medium-sized pterodactyloid pterosaur formerly found in Europe and South America during the Late Cretaceous period. The genus is a taxonomic nightmare, as often a fragment was named as an entirely new species: 28 species of Ornithocheirus were named by Seeley within two years! Only one of those remains valid, O. simum. 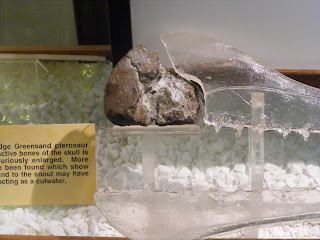 O. simus remains one of the largest British pterosaurs, with Istiodactylus latidens (formerly of the genus Ornithodesmus) about the same size. 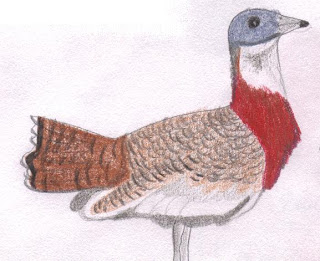 The family Otididae consists of about 25 species of turkey-sized birds from Eurasia, Africa and Australia. The heaviest flying bird is the kori bustard (Ardeotis kori) from Africa. The Eurasian great bustard is almost as heavy, and often has difficulty in taking off. It is a muscular, and therefore meaty, bird, a fact which led to its extinction in the British Isles. 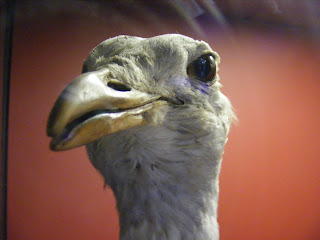 It was thought to have been eaten to extinction by the upper classes: by the middle of the 19th century there were none left in the UK. Their last stronghold was Salisbury Plain in Wiltshire in the south of England, famed for being the location of Stonehenge. Reintroductions of Russian birds are in progress; one of the only hitches being the chicks getting eaten by foxes. 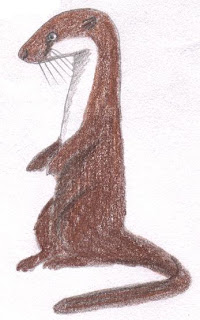 Otters are highly social, semi-aquatic (or sometimes wholly) mustelids, with a distinctive shape. They are found in five of the world's continents, and marginally into one of its oceans (the sea otter, Enhydra lutris, lives in the north Pacific, and the marine otter, Lontra felina, in the south-east Pacific). The most wide-ranging species is the Eurasian, or European, river otter, found from western Europe throughout Asia to Indonesia. Despite its wide range, it is almost threatened with extinction, due to conflict with humans. 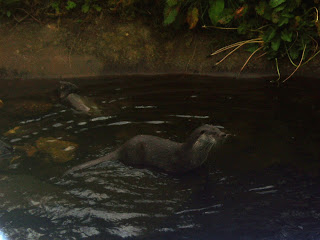 Awful picture, but the only one I have of a live Lutra lutra
Highland Wildlife Park, Invernessshire
June 2005

I came close to seeing a wild otter when I visited the Isle of Rum off the coast of western Scotland in 2004. Every morning there were excursions to the shore to try and spot them. It was October, the sun hadn't even risen yet, and it was bloody cold. I think I went one morning, and was put off not just by the darkness and cold, but also the stench of rotting seaweed, a smell that has yet to leave me. The last morning I decided to have a lie in and not go out to look for otters, but regretted it: the hardcore few who went managed to see one.