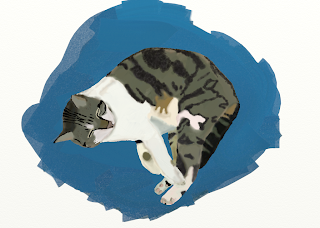 At ten past six in the evening on Wednesday 25th January, my darling Sapphire was euthanized at the age of 15 years and 8 months. In his last few months we’d noticed him becoming slower in his movements and that he’d been losing weight. In the last week, he seemed to have lost all feeling in his right hind leg. The vet, after detecting a lump in his abdomen which was causing him pain, decided his prognosis was poor due to his age and the likelihood that the lump was cancerous and most probably inoperable. He will always be remembered for his extreme affection, especially in his later years, and his funny ways. Here follows a biography I wrote about Sapphire back in 2008 on this blog: 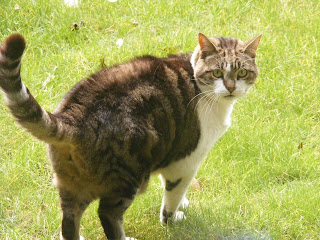 “Sapphire is a big neutered male 12 year old shorthair cat we have had since he was 2 months old. Scarlett and Saff (as he is known for short, or Saffy) have never liked each other, and pretty much can't stand being in the same room together, except if it's a big room. He is the greediest of the three cats and eats more than his fair share.

Saff's funny habits include preference for paper above plush carpet to sleep on, peeing in the bath, sleeping near the toilet, dribbling while he "kneads", sleeping with his head in people's slippers, sounds like ET when he's unhappy. His favourite human food is carrots, and likes playing ice hockey with carrot tops in the kitchen, and also likes food meant for other animals, such as algae-based catfish food.”

Since I wrote that, I also wrote this, which appeared in the “blook” I self-published a couple of years back:

“Sapphire is now a world-famous racecar driver, and has brought out a range of fragrances for men and women called Essence. He’s also become very affectionate of late, and will sit on anybody’s lap.”

Here are a few photographs from throughout Sapphire's life: 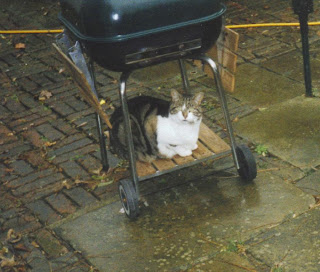 Sapphire sheltering from the rain under the barbecue
2002 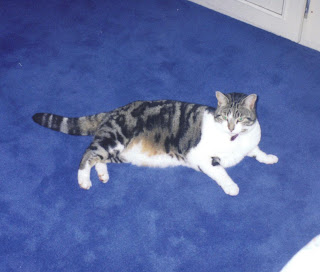 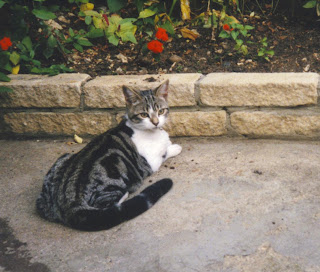 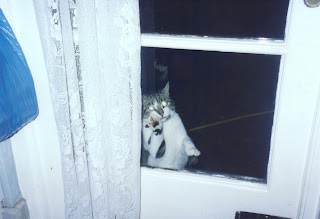 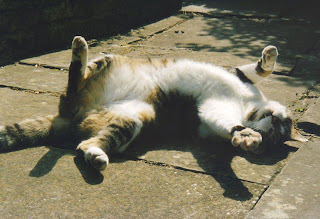 Sapphire having a roll around in the garden
c.2003 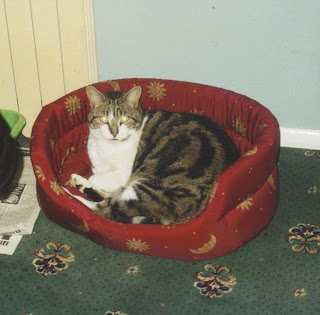 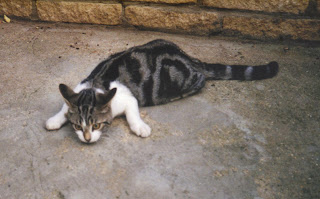 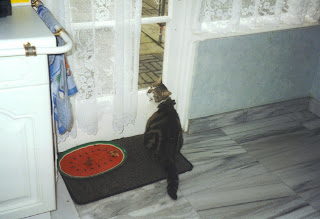 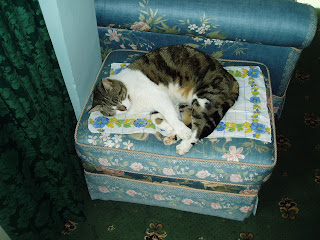 Sapphire resting on one of his favourite spots
2005 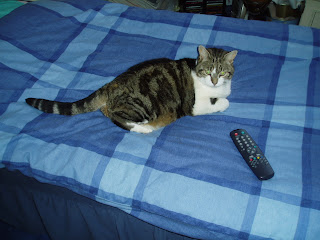 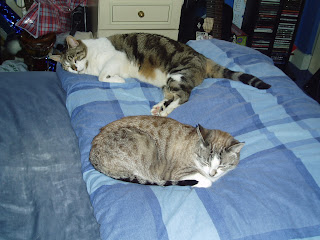 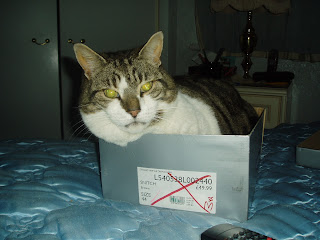 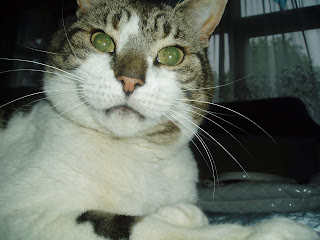 Sapphire up close and personal
2007 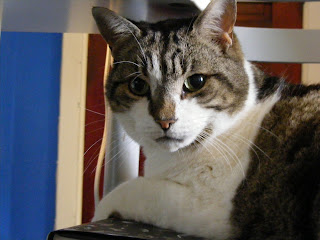 Sapphire resting on a book
2009 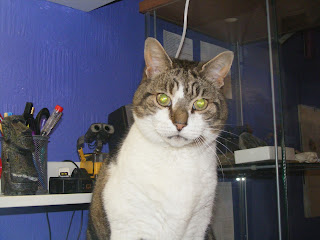 Sapphire sitting on my printer
2010

Sorry it’s taken a while, but here are the answers to the Celebrity Plant Quiz from two months ago:

Well done to Ed Gill for getting them all right.
Posted by m at 17:29 1 comment: