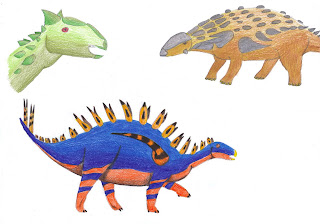 A little explanation of the thyreophorans: this is a group of ornithischian (bird-hipped) dinosaurs that were exclusively plant-eating (as far as we can tell). There were two main groups: the Stegosauria consisting of the well known Stegosaurus and its relatives, all with plated backs and some with unusual spikes on their shoulders and hips; and the Ankylosauria, being the much more heavily armoured "tanks", some with clubbed tails that could (and did) crack bone. But the Scelidosaurus and its relatives Scutellosaurus and Emausaurus didn't quite fit in with either of these two groups, despite clearly being thyreophorans. They may have been ancestral to the more derived stegosaurians and ankylosaurians.
Posted by m at 11:12 No comments: 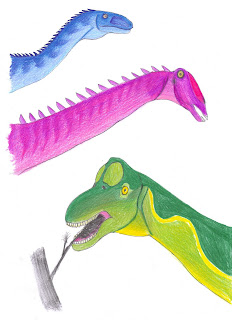 Unlike the animals represented in the "Four Theropods" artwork, these three beasts have been known for over a century and represent (apart from Diplodocus, a close relative of Apatosaurus) the best known sauropodomorphs (the name for the group that includes both sauropods and prosauropods - "long-necked dinosaurs").

Next instalment... thyreophorans (the spiky ones)!
Posted by m at 10:54 No comments:

Photo of the Day #12: Resplendent Quetzal 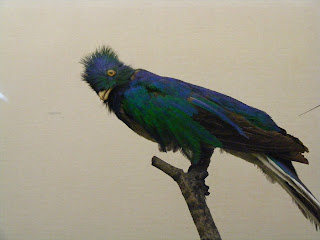 Note the blue/green/violet iridescence on the feathers that give the bird its name. The male's tail (not all of it is visible in this picture, not a wide enough lens!) is almost twice the length of his head and body.
Posted by m at 20:53 No comments: 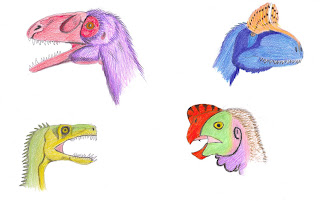 Note that these dinosaurs have all been described in the last 14 years, and substantially different to the ideas most people have of theropod dinosaurs, e.g. Tyrannosaurus rex, Velociraptor, Allosaurus etc. 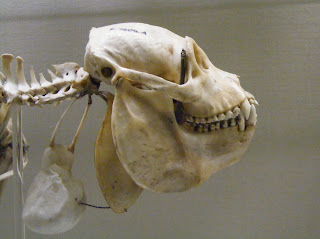 Look at that whopping great hyoid bone behind the jaw! So that's how it creates those resonating calls. Massive jaw too. One of the very fine specimens in the Zoology Museum at Cambridge... more to come soon (I took about 600 pictures there last Saturday!)
Posted by m at 00:48 No comments: 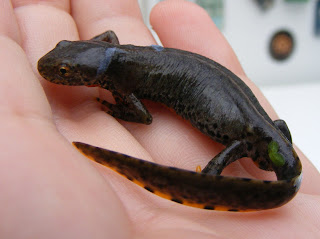 One of about 8 new Alpine newts, I say "about" because two are adults and the rest are tadpoles and there were 6 at last count
Posted by m at 16:01 No comments:

Photo of the Day #9: Brazilian Tapirs 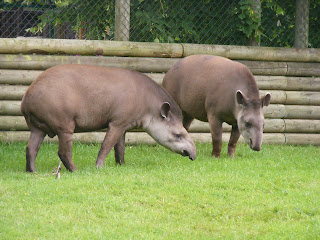 Photo of the Day #8: Ring-tailed Lemur 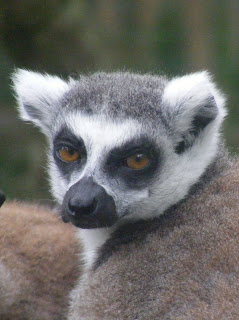 Photo of the Day #7: Owston's Civet 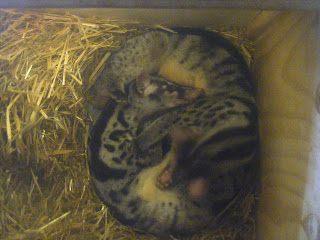 This is a rare species of civet (cat-like carnivore) from Indochina only present in 2 UK zoos, in which the civets have had fantastic breeding success. It is classed as Vulnerable by the IUCN.
Posted by m at 13:18 No comments: