Liopleurodon was a pliosaur, a form of short-necked plesiosaur living in the seas of Jurassic Europe. It was a true monster, at something like 7 to 10 metres (23-33') long, and would have feasted upon anything from fishes and ammonites to sharks and other plesiosaurs. Even the giant fish Leedsichthys was not safe. 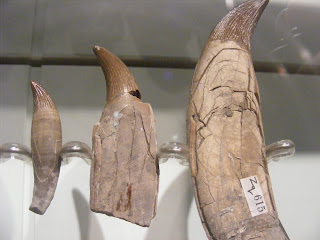 Liopleurodon means 'smooth-sided tooth'. It was teeth like those shown above which gave the genus its name. It was not known quite how large the animal was until more substantial remains than the holotype, consisting of three teeth, were found. 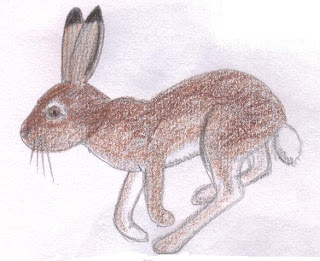 This is the only species of lagomorph native to Britain (and Ireland) in recent times. There are three species found here today: the brown hare (Lepus europaeus) was introduced in Roman times as a food source, and the rabbit (Oryctolagus cuniculus) was introduced by the Normans in the 11th Century for similar reasons. The mountain hare is now restricted to high mountains and moorland of Scotland, northern England and Ireland, where it is present as an endemic subspecies, the Irish hare, L. t. hibernicus. 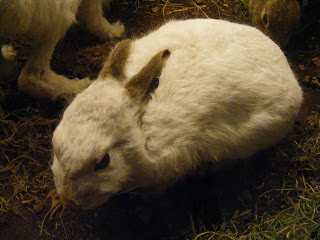 Apart from in Ireland, the mountain hare has two types of coat: in summer it is brown with a tinge of blue-grey, to blend in with the rocky scree and heath of its habitat; in winter it moults into a white winter coat, with black-tipped ears. Across the rest of its Eurasian range, it intermingles with the Arctic hare (Lepus arcticus) which also has this marked change in coat colour with the seasons. 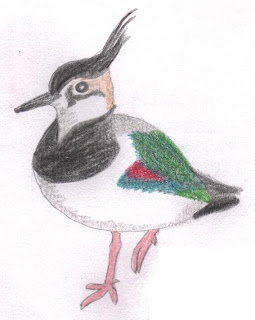 The lapwing is a species of plover, a group of wading birds distantly related to sandpipers, snipes, gulls and terns. Species of lapwing are found almost worldwide, and the northern lapwing is distributed across Eurasia. They are so called because of their disproportionately large wings which are obvious when the bird is in flight. They make an incredible sound, something like a toy sliding whistle, which is heard around their breeding grounds and wherever they nest. I first heard this unfamiliar call in Scotland, and was looking around for whatever the hell was making that noise, and saw one lapwing standing on a mound near the road. 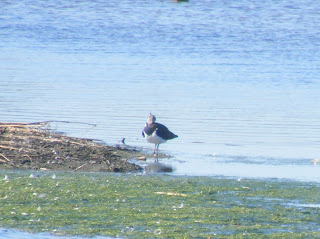 I see lapwings on every visit to the London Wetland Centre, and this is just about the only place I get to see them. They used to be common in farmland across the UK, but changing farming practices have sent them, and countless other bird species, into decline. They are doing well in the Wetland Centre, however, and are definitely the most numerous wading bird there. 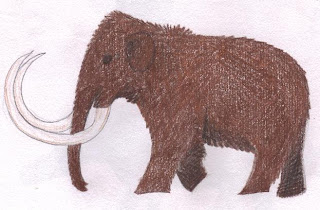 Perhaps the best known of all extinct mammals, the woolly mammoth is very closely related to today's Asian elephants (Elephas maximus), and by extension also the African ones (Loxodonta spp.). It was slightly smaller than the elephant, but was impressive nonetheless. With huge, curved ivory tusks, a thick coat of dense, woolly fur, and the same incredible dentition as today's elephants, the woolly mammoth is a distinctive creature, but not so distinct as it appears alien. 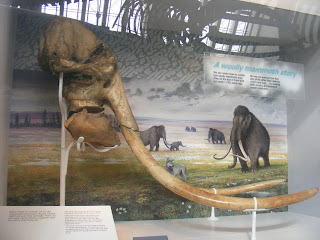 At first glance, a woolly mammoth skull looks a lot like an elephant skull, but there are differences. Just look at those tusks! No elephant today could have such long, curved incisor teeth. Incidentally, it is not only the woolly mammoth which occurred in Britain: the steppe mammoth (M. trogontherii) also occurred here. It occurred before the woolly mammoth, and may have been ancestral to it. 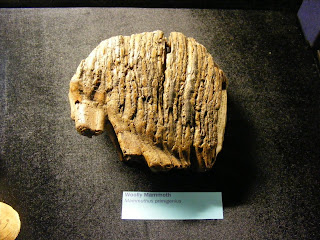 The molars of a mammoth are very much like those of an Asiatic elephant. They are made of lamellae (plates) which are stuck together and are worn down continuously throughout the animal's life. The tooth is deep-rooted and will continue to grow for most of the animal's lifespan. Very elderly elephants often 'run out' of tooth, and will become edentulous, and often starve to death. It is truly amazing to see how similar the tooth of a woolly mammoth is to that of an Asian elephant. 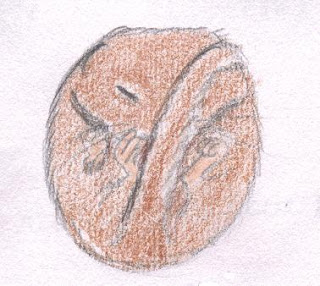 The dormouse family occurs in Europe, Asia and Africa in many forms. The hazel, or common, dormouse of Europe, is one of the smallest and most endearing. It is an arboreal (tree-dwelling), secretive, nocturnal creature thus it is very rarely seen. Its presence is often known only by the signs it leaves: distinctively-gnawed hazelnuts, which are amongst its favourite food. 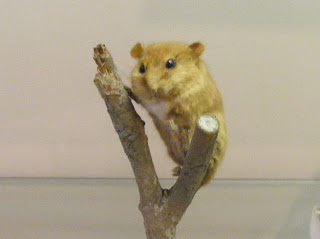 Dormice (meaning 'sleeping mouse') hibernate throughout the winter, and will spend more of their life in an inactive state than awake. Much of the year is spent in its cosy nest, waiting for the glut of summer nuts, seeds, berries and insects to fatten itself up for another long winter. 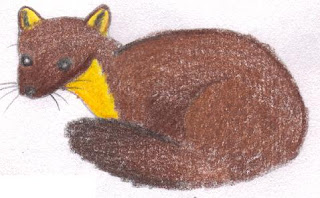 The pine marten is one of eight species of the genus Martes found across the northern hemisphere. This species is restricted to forests of Europe. In the British Isles, it is found in Scotland, Wales and Ireland, but was once found in England too. It is recognised by its yellow-orange throat patch. It is partial to jam and peanut butter, like most Americans, and can be lured to gardens in parts where it is found by smearing the two pastes on trees or on the ground. 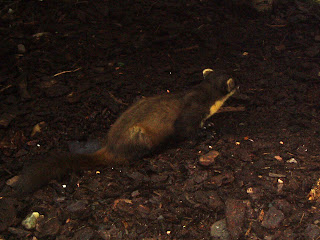 Awful picture (but the only one I have!) of a pine marten
Highland Wildlife Park
June 2005

For an island with not very many of anything, Britain has six native mustelids: the stoat (Mustela erminea), weasel (M. nivalis), polecat (M. putorius), badger (Meles meles), otter (Lutra lutra) and pine marten, not to mention the introduced American mink (Neovison vison). Despite this, I have yet to see any of them in the wild apart from road-killed ones, most notably badgers.

Next week, N: a carcharodontosaurid, a salamandrid (but which one?) and a semiaquatic eulipotyphlan.
Posted by m at 11:32