I spent a few hours on Thursday the 2nd of April at the Van Hage Garden Centre in Great Amwell in Hertfordshire, near the town of Ware. Not only is it a garden centre, but it has a small animal collection open to the public, for free, might I add, that includes mostly domesticated and child-friendly animals, but have had a few weird and wonderful creatures, like a genet (Genetta sp.), striped skunk (Mephitis mephitis) and raccoons (Procyon lotor). Here's a short photo tour, featuring pictures I had taken only on the 2nd of April. 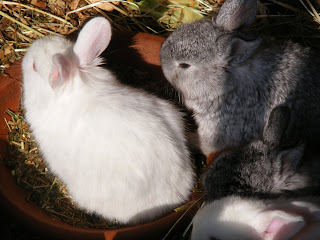 Dwarf rabbits (Oryctolagus cuniculus). Other breeds there include giants, English lops and the big spotty ones (that's their technical name anyway!). 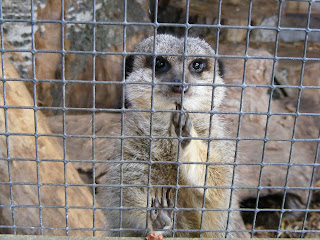 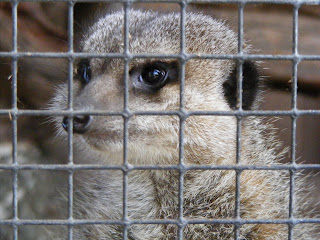 Suricates (Suricata suricatta), more commonly known as meerkats. There are two there, and both are quite photogenic, but the fine mesh coupled with wooden outer barrier make for poor photos. 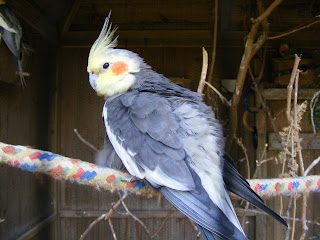 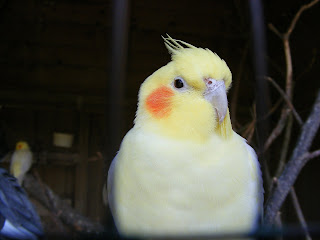 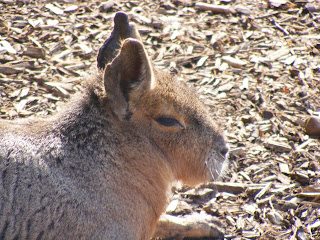 A Patagonian mara (Dolichotis patagonum), one of a pair of these large relatives of the guinea pig. They live in a paddock with various fowl and waterfowl, including a couple of grotesque-looking turkeys. 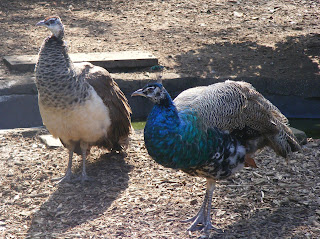 Peahen and peacock, of the species Pavo cristatus, the blue or Indian peafowl. The male doesn't have his spectacular trail, so looks much like the female, except for his blue neck plumage and head plumes. 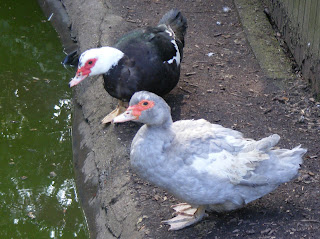 A pair of Muscovy ducks (Cairina moschata), in the same enclosure as the maras and peafowl above. 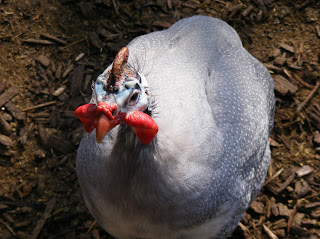 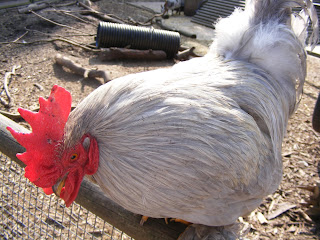 A cocky cock (Gallus gallus), who was content with being stroked. I can't remember ever stroking a living chicken before (note, I didn't say "cock"), he was lovely and silky. 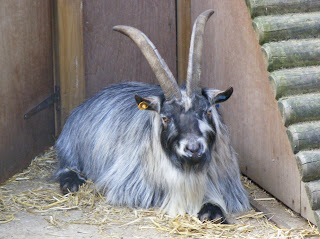 The largest of the pygmy goats (Capra hircus) in the enclosure. 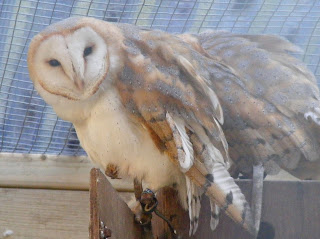 One of a pair of barn owls (Tyto alba) in a large aviary. They seemed to be tethered to the post, remind me to ask why next time I go. They have a large stuffed toy of a Canada goose to play with. 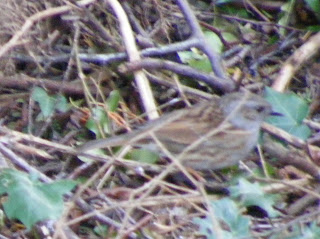 A dunnock (Prunella modularis), also known as "hedge sparrow", or, more correctly, as "hedge accentor", as it is not closely related to sparrows, but to an exclusively Eurasian group of mostly mountainous birds known as accentors (Prunellidae). Not an excellent photo, I know, but by far the best I've ever gotten of a dunnock! They don't keep still for long enough. 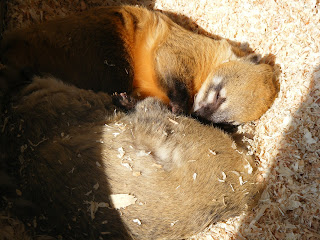 A pair of ring-tailed coatis (Nasua nasua). They have a large indoor and outdoor enclosure, but were content with lying in half sun/half shade in their indoor part, although it felt like a spring day, for once! 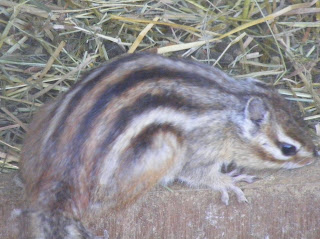 The Siberian chipmunks (Tamias sibiricus) come in both "normal" striped and albinistic white forms at Van Hage, and share their run with a lot of guinea pigs (Cavia porcellus), some of which are freakishly fluffy and look almost unreal, if it weren't for their twitching noses! In the neighbouring cage are the ever-shy chinchillas (Chinchilla lanigera) and degus (Octodon degus), but neither were out and about today. 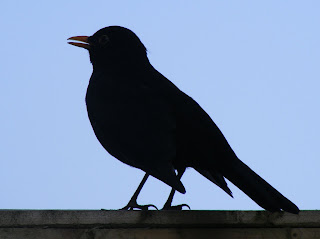 A male blackbird (Turdus merula) I caught singing from a fence post between the coatis and the meerkats. 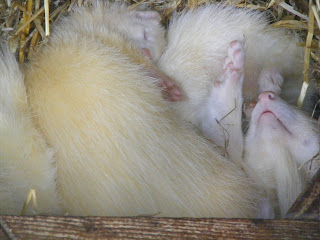 Albino domestic ferrets (Mustela putorius, or M. furo, depending on who you believe). There are other ferrets in the large enclosure, including more polecat-like darker ones. 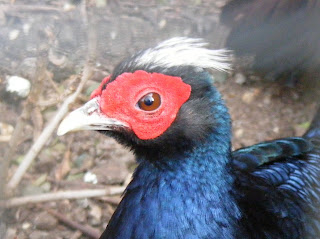 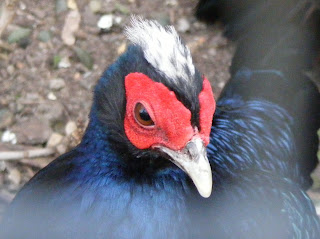 Finally, a beautiful male Edwards' pheasant (Lophura edwardsi), a beautiful bird from Vietnam, who lives with his drably-coloured mate in a very leafy enclosure.

Taxonomy of featured mammals and birds: