In June and July last year, I visited North America. I stayed for a few days in Ontario, Canada, staying in Kitchener and Toronto, then spent ten days in New York State, staying in Yonkers. I went back home via Kitchener. I went to Canada and the USA to visit friends and relatives, and to see some different easily accessible wildlife, and visit some world class collections of animals. The following photos were taken in June 2014 in the town of Kitchener, Ontario, by Mo Hassan. 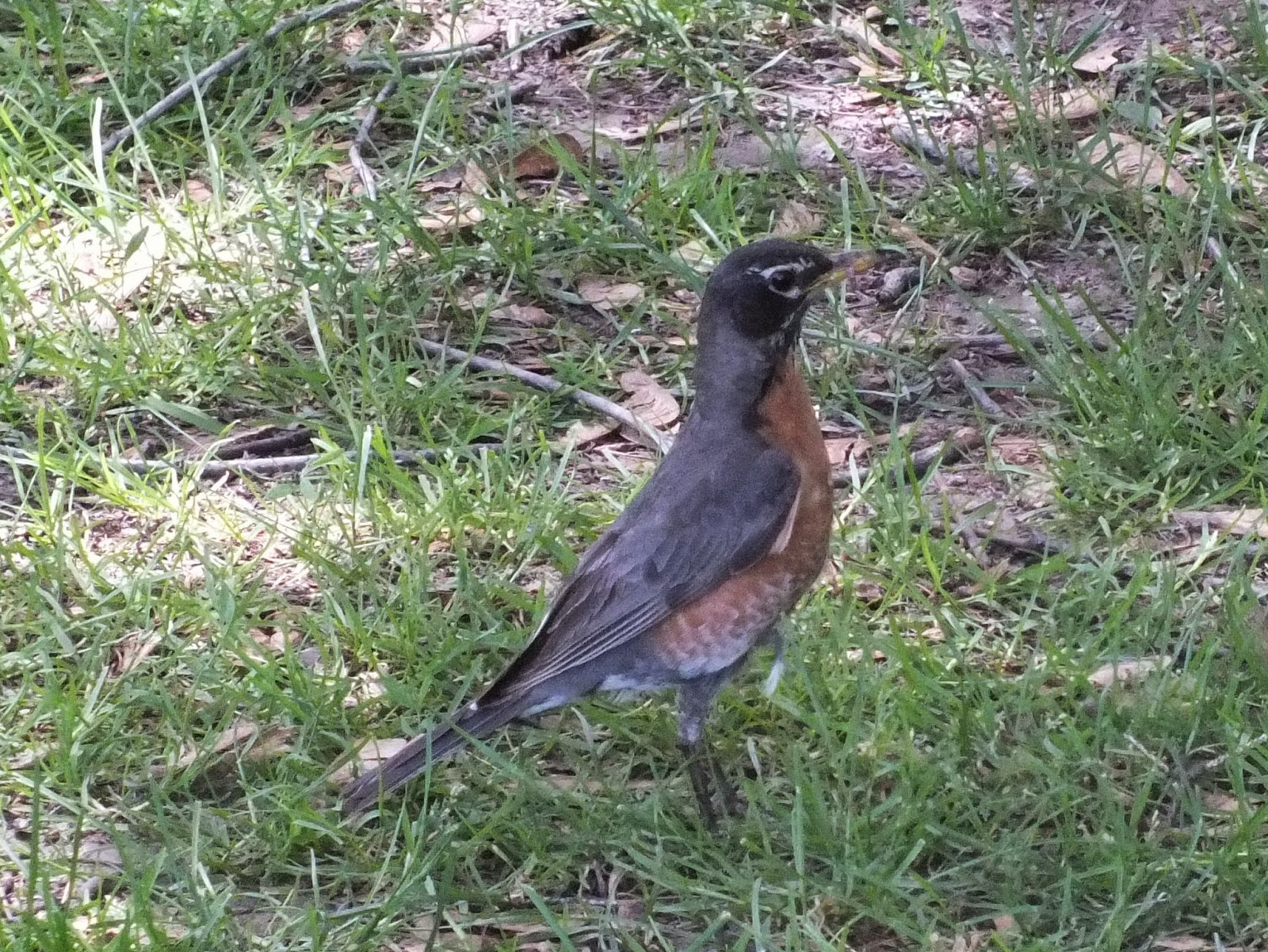 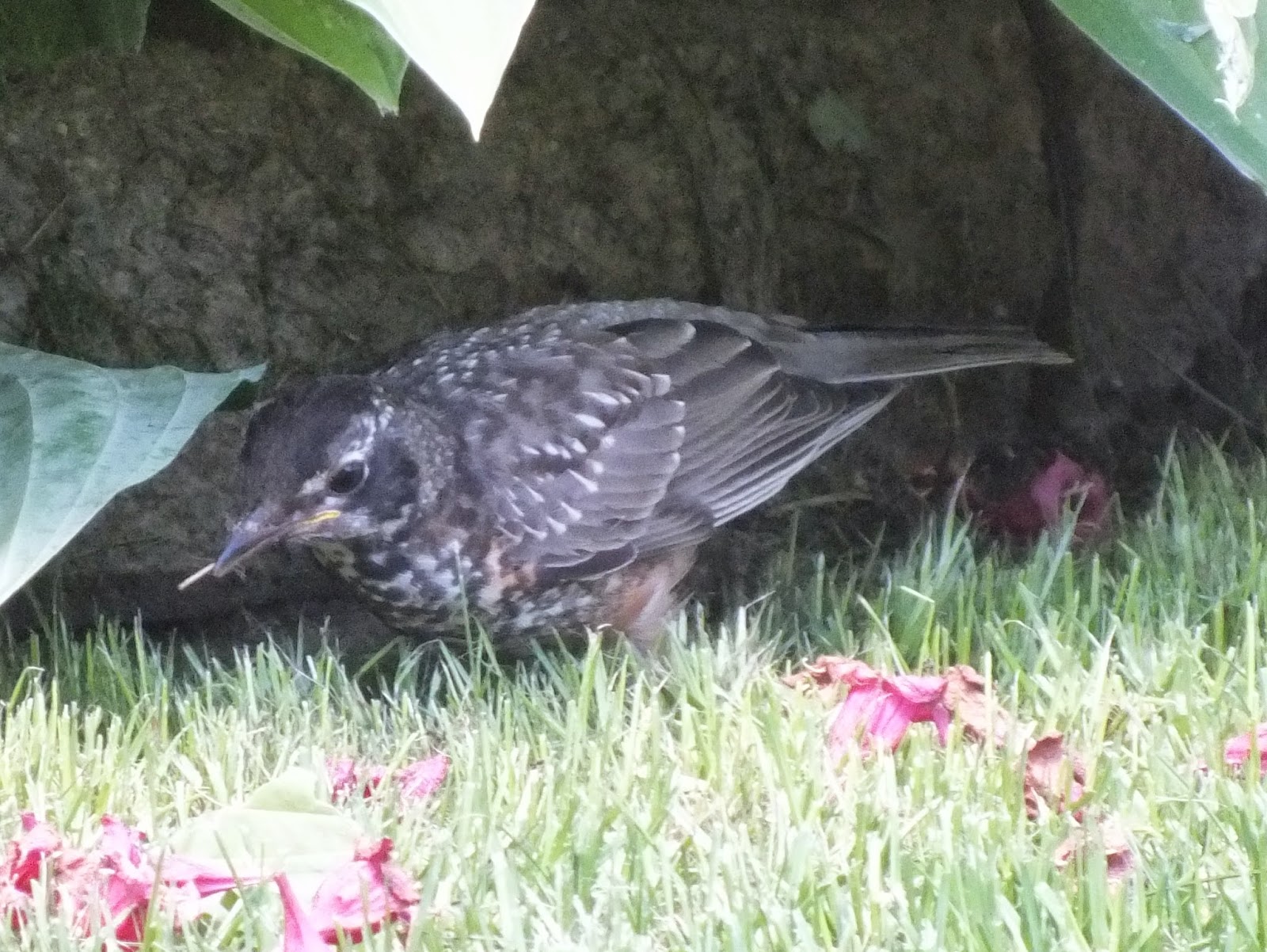 When us Europeans see an American robin, we think "pfff, that's not a robin, that's a thrush!", or something along those lines. American robins are thrushes, that is to say members of the genus Turdus (hehe, turd-us) of the family Turdidae. You can tell when you look at the immature that they are thrushes, the dappled belly turns to bright reddish-brown in males and a more muted shade in females. They only bear a very superficial resemblance to the European robin (Erithacus rubecula), which is itself a flycatcher, but obviously reminded early homesick European settlers of little robin redbreast to name Turdus migratorius after it. Incidentally, there are "robins" in Africa, Asia, Australia, and New Zealand, amongst other places, that look enough like the true robin to earn themselves that name. 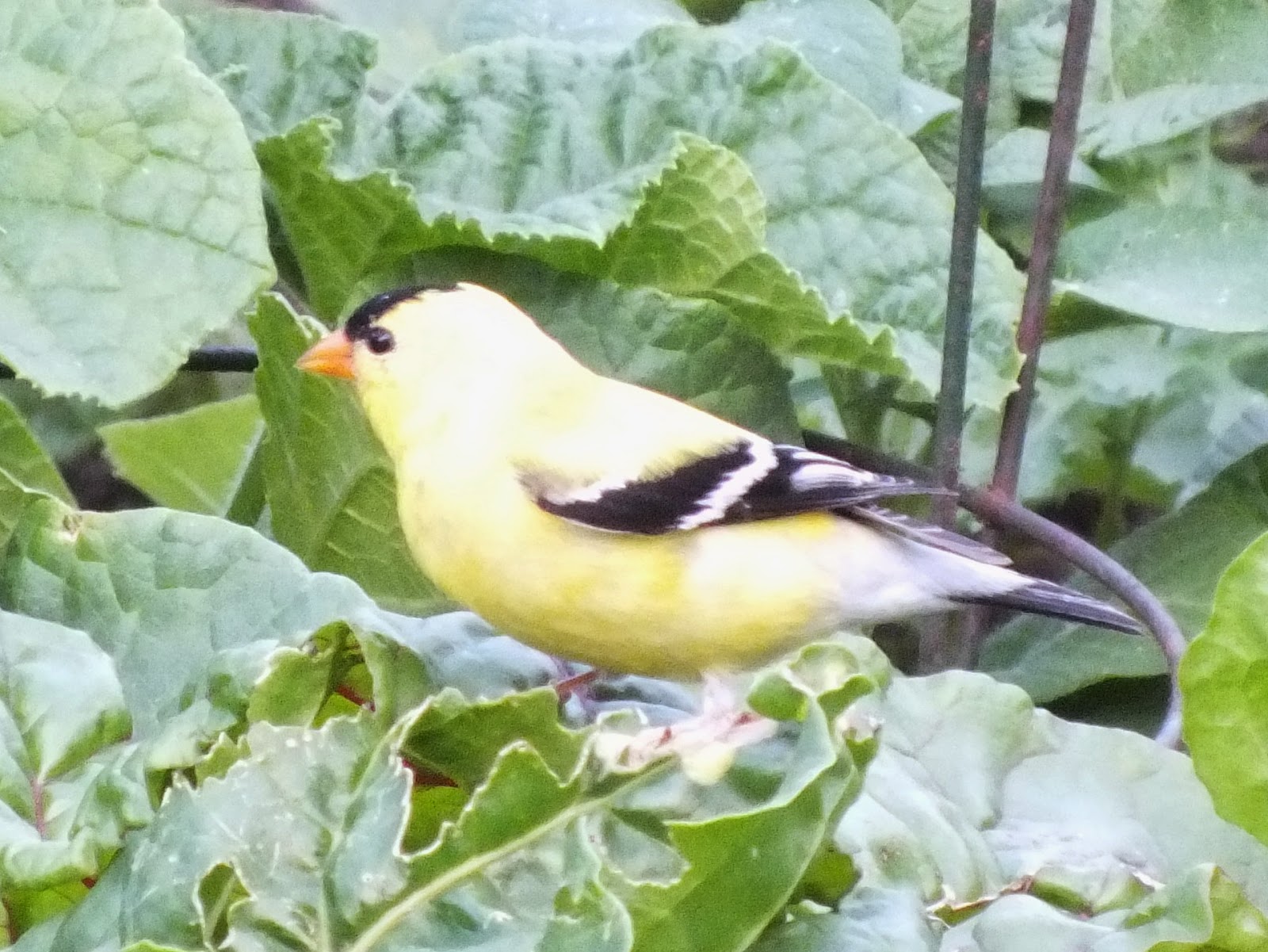 Another bird named for its resemblance to a European relative, the American goldfinch seems to be much more golden than the European goldfinch, Carduelis carduelis. They are now not even deemed to be from the same genus, with the siskins and American goldfinches having been moved to the genus Spinus. The yellow colour is slightly washed out in this photograph, unfortunately it's a little too saturated for my camera to take, as it pecked insect pests off the chard. 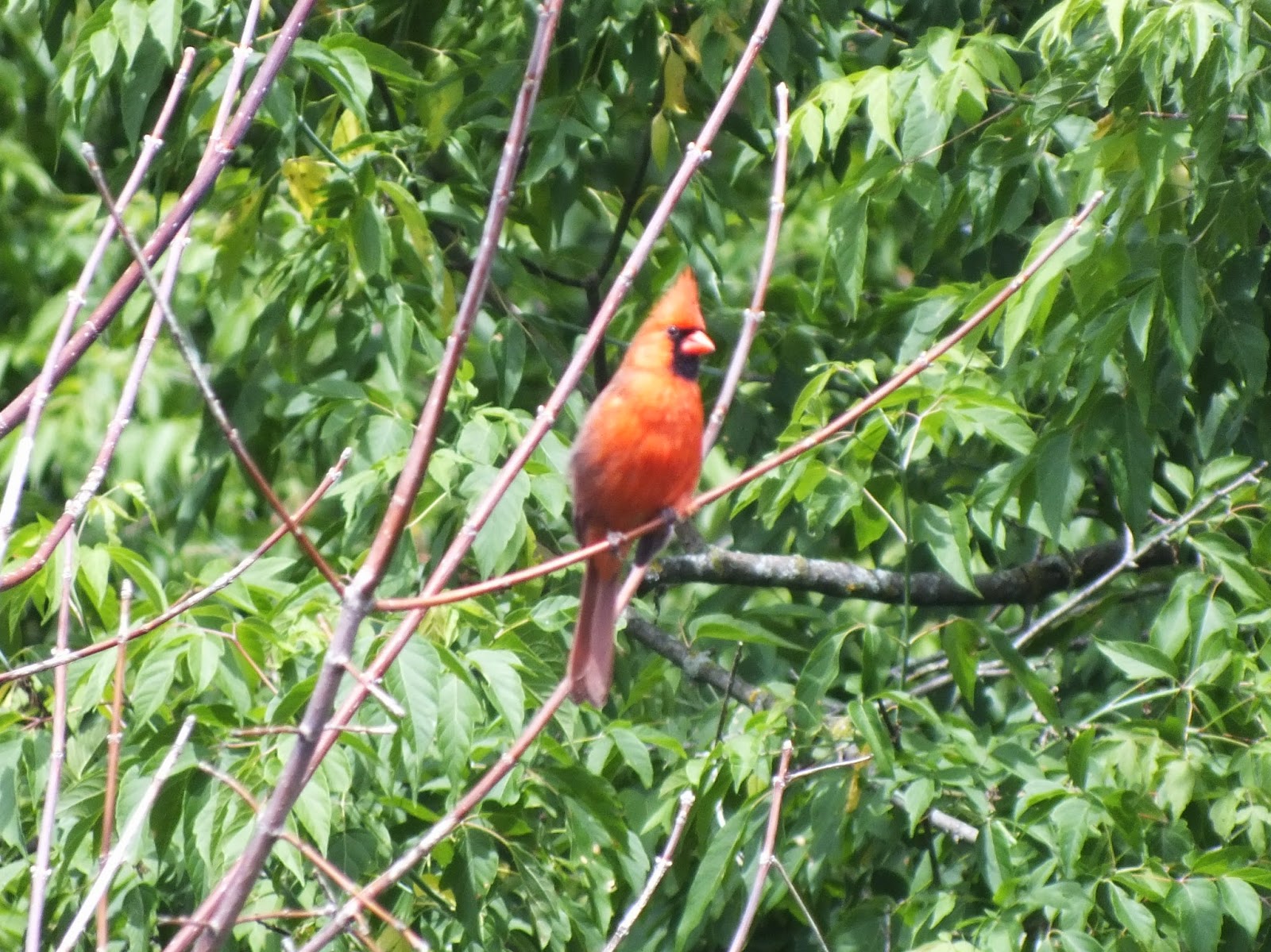 The northern cardinal is a beautiful songster that I always look forward to seeing and hearing whenever I'm in North America. We have no songbirds as vibrant red as this, so it's always a joy to see it singing from the top of a tree. They are named for their resemblance to the scarlet robes of cardinals of the Catholic Church. 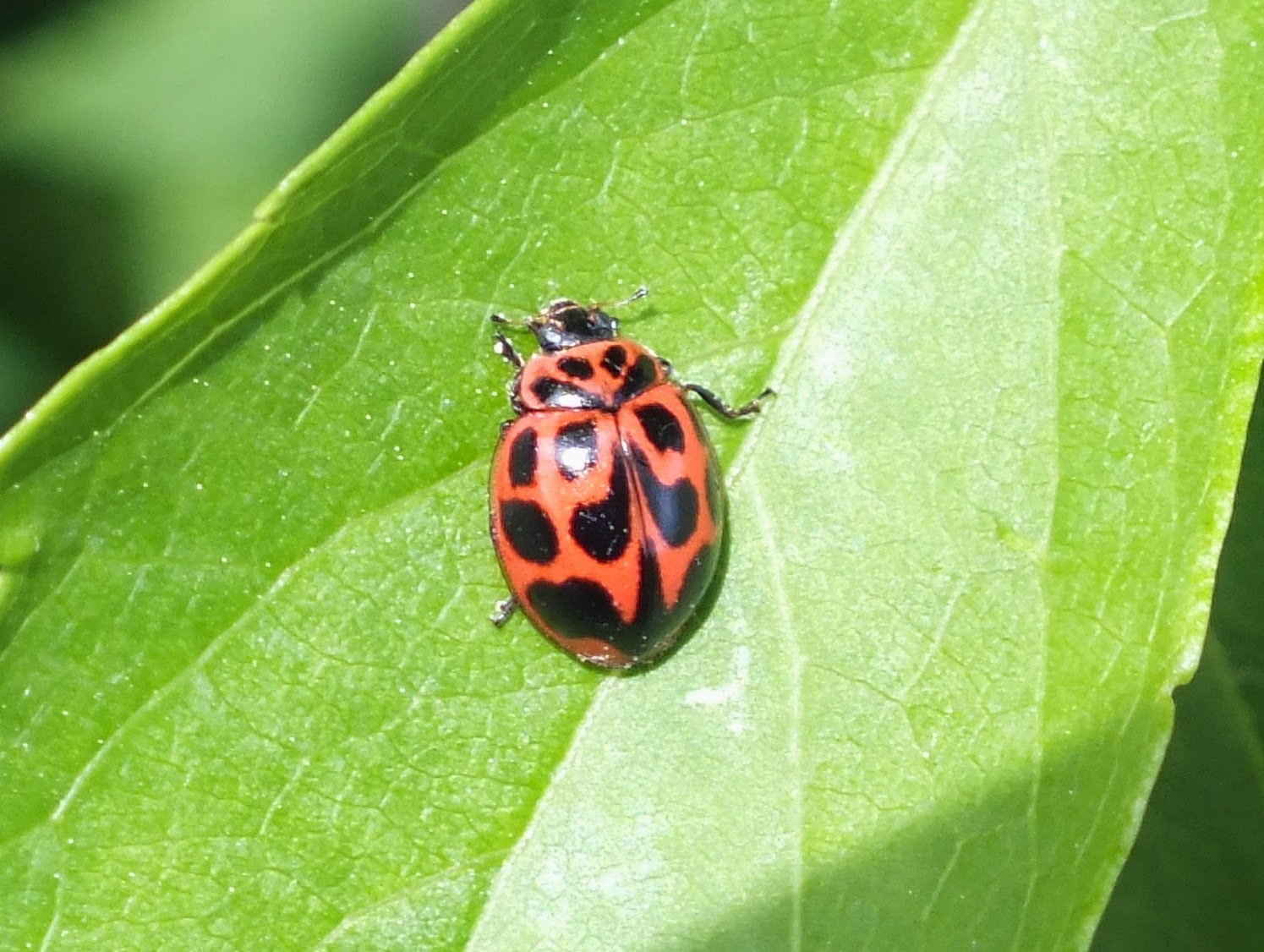 I'm not entirely sure of this ID - please correct if you know better. It looks a lot like the harlequin ladybird (Harmonia axyridis) from East Asia, but lacks any white on the pronotum (neck shield). It's also strange to not call it a ladybird. 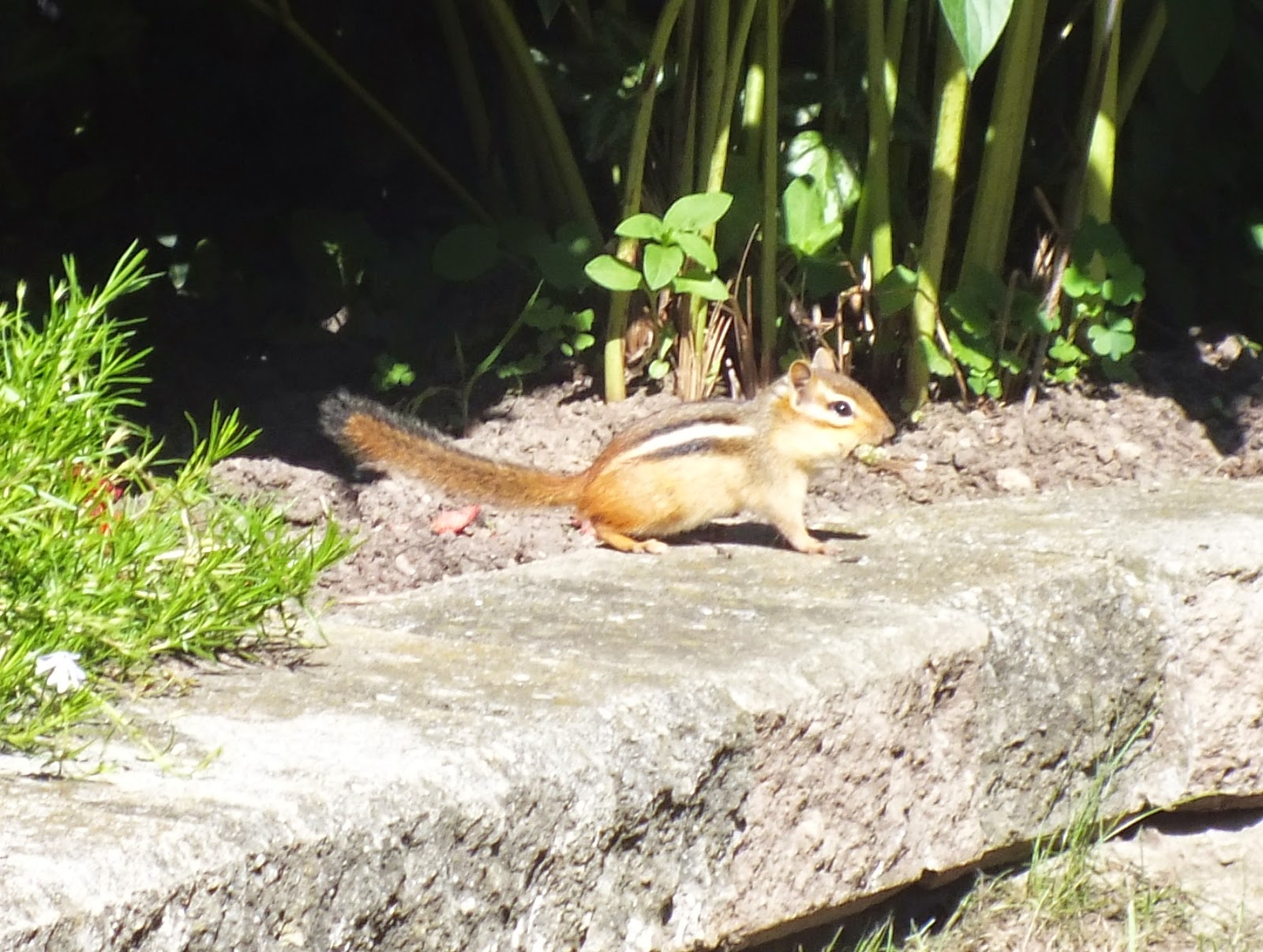 I saw a few species of squirrel wild in Canada, more of which will follow in the zoo posts. The eastern chipmunk was the most commonly seen of them all. There are about 24 chipmunk species in North America, the vast majority being found in the west and southwest, with only one, the Siberian chipmunk, occurring outside North America.

Next, Ripleys Aquarium in Toronto.